This is your open thread for Memorial Day weekend.

I'm having a flashback to when I graduated from there in 1972. 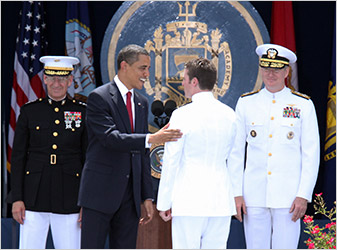 Did you also have a cool dude like that give your commencement speech?

I was in such a hurry to get the hell out of that place, graduation was nothing but an inconvenience.

Lower gas prices are expected to boost Memorial Day travel nationwide, even though the economy remains weak. One of the biggest buzzwords over the last six months or so is the term bailout. Bailout payments have been made to a lot of huge companies, and Chairman of the Federal Reserve Ben Bernanke insists that it’s the right thing to do, even though it’s with taxpayer money. Part of the recovery plan isn’t an explanation why the money wasn’t just given to the American People, to decide how best to use the payday loans their leaders made out themselves. In the effort to save our homes, many of us have turned to payday loans instead of traditional short term loans from banks that no longer will lend to the people that paid for their bailout to begin with.

At some point you folks will get the message.

There oughta be a law.