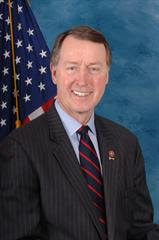 Appearing at the request of The Alliance of Black Elected Officials, the state officials each gave a 10-minute opening statement and then took questions from the audience at The Black Summit 2010.

The federal lawmakers addressed the new law from their point-of-view, expressing the high points of the historic legislation and why they voted in favor of it.

Congressman Etheridge answered a question about why the health care reform bill passed now as contrasted to any other prior time. To that end, the Lillingon lawmaker gave a brief history lesson: Etheridge explained how Republican President Teddy Roosevelt had first proposed universal health insurance approximately over 100 years ago, and how time and time again the effort in various incarnations failed during the administrations of FDR, Truman, Nixon and Clinton. Unlike when Clinton tried, President Obama was a duly-elected President with a true majority vote of the persons voting, the first Democrat in 44 years to have that accomplishment. "Elections do matter, and President Obama had a mandate," said Etheridge.

NC Insurance Commissioner Goodwin used his time to address matters from a different angle: He focused on how he, the Department of Insurance, and the State will be implementing the new law.

"There are some very tight deadlines in place, and I'm going to do everything possible to make sure that North Carolina meets those deadlines so as many citizens as possible gain the benefits of health insurance and the actual savings in their family budgets," said Commissioner Goodwin. "If North Carolina's officials take the lead on this issue, then it prevents the federal government from stepping in and running the insurance exchanges and the high risk insurance pool and other things itself."

Regardless, state lawmakers and other North Carolina officials will be deliberating upon and taking action on various components of the new health insurance law in 2010, 2011, 2012, and in 2013.

Insurance Commissioner Goodwin also reported how internally within the Department there are weekly and bi-weekly planning meetings, and that there are frequent implementation sessions with the Governor's office, legislative and executive branch leaders, and state insurance regulators across the country.

"Because of twin issues over the last eighteen months involving health insurance reforms and needed consumer financial protections in the banking and securities industries, my Department and I have had more interaction with our Congressional delegation than all of my Insurance Commissioner predecessors combined."

Before the panel discussion came to a close, Goodwin stressed how to watch out for insurance fraud from unscrupulous persons who may try to take advantage of persons during this transitional period. "If something sounds too good to be true, then - guess what? - it probably is," Goodwin said, regarding circumstances if purported insurance agents or fake companies try to hawk products labeled "Obamacare" or other fictitious services. He referenced the audience to www.ncdoi.com for additional tips and answers to frequently asked questions.

The event took place at the Crabtree Marriott Hotel in Raleigh.
CROSS-POSTED from "Wayne's World" blog

Price is still blaming Bush for stuff? YAWN. I hate Bush, too, but you don't hear me blaming every irresponsible thing the government does on him.

And that does stand in direct and critical contrast to Bush's fiscal irresponsibility. No major program, tax cut, or war that he undertook was paid for in his budgets.

So don't knock Price for pointing out an important truth as he explains the facts on health care reform.

we have smart, dedicated leadership at this point in time in NC. Navigating the budget challenges we have and putting new systems in place at the same time is work I certainly do not envy. Glad we have a trustworthy public servant like Goodwin and the other folks in his Dept to make it happen.