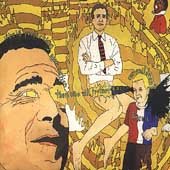 listen to the ad here

Congressman Charles Taylor is in the pocket of Big Oil, and an independent group is spending $500,000 to tell the voters. Via MyDD comes a radio ad from the Association of Trial Lawyers of America highlighting Taylor's oil money addiction. The ad makes explicit Taylor's support for oil industry subsidies using a southern fried 'Harry and Louise' format.

The National Republican Congressional Committee recently promised a $700,000 ad buy through the month of October for Congressman Taylor. The Democratic Congressional Campaign Committee is going to spend more than that on Heath Shuler. Taylor's getting close to pouring his own personal Russian banking fortune into his campaign, and now here come the trial lawyers.

I've never seen anything like it. Heath Shuler is marshalling support from all over the district (as evidenced by recent polls) and from all over the country as folks realize how vulnerable Charles Taylor is. Taylor's record of inaction runs counter to his campaign "I'm a fiscal conservative who brings home the bacon" shtick, and he can dodge consequences for his ethical violations for only so long. Taylor's a sitting duck, banking on tarring the conservative Heath Shuler with a liberal label. It's worked for him in every other campaign, and he's counting on it to work again. Never mind reality, Taylor plans to sell the idea that Shuler's a liberal.

With the trial lawyers, the DCCC, and the people of North Carolina giving money to combat the pernicious lies of the Taylor campaign, Heath can focus on spreading his message. Taylor has bottomless pockets. He's raised well over a million dollars this election cycle but had to pay himself back $800,000 for what he spent against Patsy Keever. How much will he spend to try to buy this election? No one knows.

He'll certainly try to go dollar for dollar and will likely outspend the Shuler campaign. His $50 million of personal wealth allows him unlimited access to the airwaves. His unfortunate presentation means he ought not appear much, especially after his ramblings on global warming at a recent town hall meeting. But his media team, made up of expensive consultants and poorly paid producers, will blanket television and radio with anything that will move him up in the polls.

Have you given a few bucks to Heath Shuler's campaign?

Have you given a few hours?

Taylor's smear machine, currently rumbling in low gear, is going to try to bury Shuler in a miasma of insinuation and slander. Folks are coming in to combat Taylor's tactics with a dose of cold, hard reality. If you have a care about Democratic party control of the House of Representatives, now's the time to enter the fray. Go get 'em Hooligans.

I will listen later once the girls are up. The dog barks at the speakers on the desk when she hears voices coming out of them. She barks at the phone when I put it on speaker too. I know it's nice to get the help. It will help save resources for down the road. Do you know yet how much personal money Charles Taylor has put into the race?

but do you think it wise to air an ad on high drug prices right as seniors are falling into the "donut hole"? Doesn't make much sense to me....but then....I think Chuckie T. should air that ad. Lots. of. times.

blocking the ability of Medicare to request bids for lower prices or to buy in bulk at lower price, as it were. So, with the donut hole hitting, this is the perfect time. I think most seniors realize that if their drugs cost 25% less, then they wouldn't have hit the donut hole yet and would still be getting coverage. Even with the idiotic donut hole, with lower prices they get more drugs cheapter.

I hadn't listened or watched yet, and was thinking it was Chuckie T griping about high cost of drugs...um...prescription donchaknow...

they are....Ground Chuck is out of touch!

How was DL last night?

Thanks for linking to the TV ad. When one gets home from Drinking Liberally at 2 a.m. to discover that MyDD has posted ads, it's easy to miss big details. I totally overlooked the TV ad.

Today is going to be a great day for citizen journalism. More soon.

i work in hendersonville, and from what i've gathered by talking to a lot of my co-workers over the years, i really don't think that this ad will play very well here at all.

see, a lot of people around here have an active distrust for lawyers in general - although i don't think that scorn extends to divorce attorneys. it's funny; this area is supposedly very steeped in the values of the southern baptist convention, and yet i know a lot of people who have been divorced at least once. there's yer irony, ms. morrissette...

anyway, the price of gasoline is a very important issue, and the fact that "chahlz tayluh" was engaged in a quid pro quo with big oil (among other corporate interests) needs to be fresh in people's minds...

but as soon as the words "paid for by the association of trial lawyers" float into the ether, you just lost 'em.

taylor knows this about his constituents, and he's trying to play 'em like a banjo - think back to the first televised attack ads. as tenuous as it was, he tried to make the association between heath shuler, trial lawyers, and hillary!*, and it would have been a successful tactic (at least in henderson county) if there weren't so many people around here who are sick and tired of ol' chainsaw's shit.

i think henderson county's gonna stay "tayluh" country in november, but by a significantly smaller margin. haven't seen as many of those lame black & yellow yard signs around here as i remember seeing in 2000, 2002 or 2004, either. i think the tide might be turning, at least a little bit...

* i stole that from john armor. that was probably the only redeeming value of reading his free republic posts a while back.

That was one thing that crossed my mind as well. Couldn't they have started a 527 called Citizens against Big Oil or something?

Americans hate trial lawyers right up until they need one. America is too litigious, but that isn't the fault of trial lawyers anymore than it is the automakers fault our cars get crappy gas mileage. Twenty years ago I had a Chevy Sprint that got 45-50 MPG, now you can't find a Chevy that gets near that. Lack of regulation, lack of corporate morality.

Same with trial lawyers. Lack of regulation for frivolous lawsuits, lack of juris morality. I've heard John Edwards say before that it is 10% of lawyers that give the whole profession a bad name. Those are the ones that need regulated and then maybe lawyering wouldn't be so disdained.

Trial lawyers are a perennial conservative 'whipping boy', and you can bet Taylor will play it up. syntax's observation will serve us well. Whenever we see Taylor downing Shuler over the trial lawyers, we can (1) point out that Taylor is a lawyer; (2) point out the money Taylor gets from Big Oil, Big Pharma, Casino Gambling, Jack Abramoff, Tom Delay, etc. We'll need to stay on him.

In fact, it might be helpful for us to get out in front of it and write LTEs saying things like, "Charles Taylor says he hates trial lawyers, but he's a lawyer. Does this mean he hates himself?" Or, "Charles Taylor, whose campaign is funded by Big Oil, International pharmaceutical interest, casino gambling, and Jack Abramoff is crying "trial lawyer" because someone chose to criticize his record of selling his votes to the highest bidder."

"Is Charles Taylor afraid of trial lawyers because he knows he'll have to face them when he goes to court for ethical violations?"

Of course Up Chuck doesn't like trial lawyers. They're a real pain in the but when you're trying to keep all your shady activities under wraps.