Check out the rest of his article by linking here or by going to this site sponsored by Texans for Insurance Reform.

More than ever as Americans debate the need for appropriate regulation of insurance and how to contain medical costs and stave off any and all unnecessary insurance premium hikes proposed by the insurance industry, having an elected Insurance Commissioner keeps the pulse of the people plugged into the process. In many states where the position is elected you see some of the best rates and some of the strongest consumer protections and stable markets.

Having an elected Insurance Commissioner also prevents an insurance industry executive or anti-consumer maven from appointment by a hypothetical governor seeking to please gubernatorial contributors or supporters.

Keep in mind, too, that North Carolina - historically and through this day - has zealously opposed centralized authority. This fact explains why it took two hundred years before a Governor could seek re-election and serve eight years, and why it took even longer for a Tar Heel governor to have veto authority, and why for many, many years the citizens of this State have demanded the right to vote on as many statewide offices as possible on our long ballot. 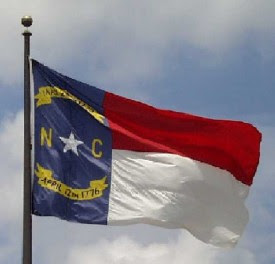 Just as I see it for Insurance Commissioner, having these elected positions is another level of protection for consumers and taxpayers.

Our job, as citizens, is to make sure we know as much as we can about the candidates and the key issues. That duty is incumbent upon every one of us if we believe in representative democracy.

Keeping an elected Insurance Commissioner in North Carolina is right, good, and historically sound for our people.