Marina Bolshakova is the wife of Boris Bolshakov, former Minister of Foresty and KGB leader. The couple are partners with Charles Taylor in the Bank of Ivanovo, and Mrs. Bolshakova is administrator of the funds appropriated by Charles Taylor. In this photo she stands with a Russian student.

Stolen wholesale from Shuler's website. Go here to donate to the Shuler campaign.

“Helping students from Western North Carolina should be Charles Taylor’s top priority, not using American taxpayer funds to educate students from Russia,” said Shuler. “It is ridiculous that at a time when so many working families in North Carolina are struggling to send their children to college he is using their tax dollars to send Russians to college.”

An article published today in The Hill pointed out that Taylor has used Congressional earmarks to the Small Business Administration to send, “Russian students to eight North Carolina schools.” (The Hill, July 19,2006) 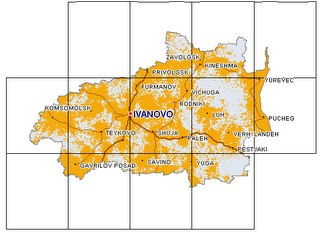 “There is no possible way Charles Taylor can excuse using our tax dollars to send Russians to college, after he voted for the largest cut to federal student aid in history just last year by slashing $14.3 billion from federal student loans over five years,” continued Shuler. (HR 4241, Roll Call Vote #601, 11/18/2005)

Shuler also expressed concern over the fact the Russian coordinator of the program, Marina Bolshakova, is a partner in Taylor’s Russian bank.

“Residents of the 11th District and taxpayers across America deserve to know the full extent of the relationship between Charles Taylor, Marina Bolshakova, and her retired KGB husband. When these three people own a bank together and are using our tax dollars, we need to know what is going on. This relationship didn’t pass the smell test before, and the odor is only getting stronger.”

* How much taxpayer money has been used on this program?
* Shouldn’t we ensure every American can afford to attend college before we use taxpayer money to send foreigners to college?
* How many of these students, educated at American taxpayer expense, now work at Taylor’s Russian owned Bank of Ivanovo?
* How are these Russian students selected to be educated with American tax dollars?
* How many North Carolina small businesses could have been helped if these funds had not been used to send Russians to college?
* Wouldn’t casting a “No” vote on CAFTA have been a more effective tool for “correcting international trade imbalances” than this program?"

You can write a letter to the editor of your local paper. Use BlueNC's fancy LTE sending machine or just look up your hometown paper's website or mailing address. This is a good time to call into radio shows and keep this story on people's radar. It's an illustrative portrait of the way Taylor does business.

The campaign is on. If you're going to be a part of it, now's the time to get started. Thanks to everyone who helps!

to educate furners sounds like the sort of thing a crazed right-winger would accuse Democrats of wanting to do. I guess it's just a big ol' case of projection.

Shuler landed a solid blow with that one.

Now the question is - Will the Asheville Citizen-Times cover the story at all??

Do we know anything about 2nd quarter filing from the 11th? Is heath bringin in the dough?

Press Secretary for Charles Taylor reports that she's "not certain" whether Taylor's Russian bank cronies have anything to do with this program. Further, she reports being "perplexed" about the story coming out, saying that the program was initiated a year ago to much fanfare in the local press.

She reports that a Dr. Michael Quiqley at Brevard College is somehow in charge of the program stateside. He is not in his office, but I'm emailing him for more info.

Taylor's office is treating this like much ado about nothing. It's up to us to make them change course.

Please call Taylor's office at (828) 251-1988 and ask why Taylor is sending U.S. tax dollars to his bank cronies in Russia. You might also ask why his press secretary doesn't know squat.

Breakfast of Champions, one of my all time favorites!

it's fresh in my head - i just re-read it not too long ago. great stuff.

As in the sh*t hitting the fan. Big time.