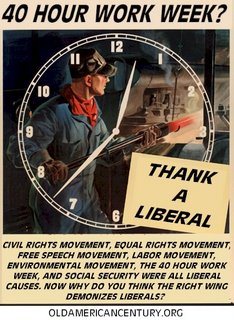 Yes, you come to Drinking Liberally, and you support liberal causes and candidates. But what do you call yourself? Are you a progressive? A Democrat? A radical communitarian? A lesbian ethicist? And if you're any of these, are you also a liberal?

The right-wing noise machine started tarring the word 'liberal' in the 1980s, equating liberal with everything from communism to terrorism. In our effort to reclaim the word, it's helpful to know what it means and where it comes from:

"Liberalism is an ideology, philosophy, and political tradition which holds liberty as the primary political value.[1] Broadly speaking, liberalism seeks a society characterized by freedom of thought for individuals, limitations on the power of government, wealth, and religion, the rule of law, the free exchange of ideas, a market economy that supports private enterprise, and a transparent system of government in which the rights of minorities are guaranteed."

Right wingers use the word to mean "unrestrained, licentious" or stupid. But a cursory glance at Dictionary.com tells us that such meanings are "obsolete".

So are you a liberal or what? Come down to Drinking Liberally tonight to tell us. We're at Jack of the Wood in downtown Asheville, every Thursday night, 7-10pm, everyone's welcome. 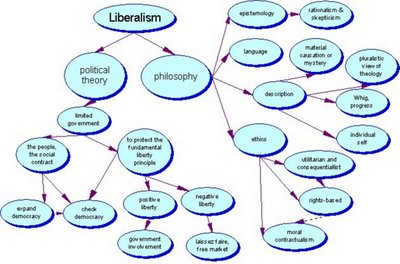 Beginning next month, on Thirsty Thursday nights at McCormick Field, Drinking Liberally will meet at the concrete bleachers to watch the Asheville Tourists, talk politics, and drink dollar beers. Admission is $6, and the beer is only a buck. This means it's the same price, or less expensive, than our usual meeting at JotW. We'll be reminding you via email and weekly posts when the Thirsty Thursday editions of Drinking Liberally will occur, but here are the dates we've already identified: May 11 and 25, June 15 and 29.