"The Potter e-mail refers to me as "Armor and his bunch of left-wing radicals".

Armor is a lot of things, among them a Republican candidate for Congress, but he's left-wing only if you ignore his philosophy and principles, his career, his entire life and focus only on the sweater he wore to an interview with BlogAsheville. And only then if Norwegian seamen count as left-wing.

Read the entire exchange here at Real Values. Here are a few lines from Press Secretary Potter to Don Yelton:

"I am personally hurt that you have teamed up with Armor and his bunch of left-wing radicals who hate Charles so much they would stoop to any low, no matter how wrong and immoral, to try and get him out of office. I don't know how well you know this man (who wants to take away the job that supports me and 2 very sweet little girls), but him and Ann Ryder are both nuts."

Mr. Yelton, it looks like choosing to participate in your democracy has gotten you on the bad side of the public voice of Charles Taylor. How could you even think about being an active citizen? You've got a Press Secretary to support!

The Ann Ryder that Ms. Potter refers to is a writer for the North Carolina Conservative. Ryder let fly with a mighty disorganized hit piece on Taylor a couple of months ago, and Taylor's office about had a stroke.

"But Don, I was sincerely very hurt when I found out that you opened your home to those two and screwy hoolie for a "town meeting". Whatever happened to loyalty to your friends? I thought you had much higher moral standards. Especially when you know that man doesn't have a prayer of winning. Anyway, you might as well know how I feel, because I never have been two-faced. I am just shocked. Thanks for listening to me vent and I will pray for you."

You read it right, kids. Ms. Potter's got my name on her lips. I don't know why she separates me from those "other two", but I'm guessing you folks down at Taylor's office are becoming regular readers of Scrutiny Hooligans. Welcome! Why don't you ever comment?

She has some fallacious notions that Scrutiny Hooligans are happy to disabuse her of. The meeting took place at the home of local novelist and blog royalty, Anne Fitten Glenn. Don Yelton wasn't even at the "town meeting", which was actually the interview John Armor gave to interested BlogAsheville writers. 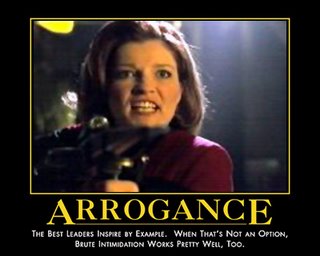 Mr. Yelton's moral standards are in question evidently because he dares to support someone other than the perennial incumbent. Yelton, according to Ms. Potter, added insult to injury by believing that anyone could win against Charles Taylor. Since she's not a two-faced person, we should take her at her word - She was real shocked and needed to vent.

Is Ms. Potter going to pray for Mr. Yelton because he's voting for an underdog candidate? I'd hate to think that the joining fee for heaven includes mandatory support of Charles Taylor.

Ms. Potter, Hooligans understand that your email was a personal message that was never intended to be made public, so how'd that happen anyway? I'm guessing Don Yelton is going to need even more praying over. If you'd like to clarify your remarks or do a little more venting, feel free to contact Scrutiny Hooligans by email or just leave a comment.

If it hadn't been for Screwy I would never have had my first ever LTE printed in the paper. He gave me the information that helped me sound smart...and that's a heckuva feat!

Figures. Wingnut US House member has a press secretary who doesn't have the sense god gave an animal cracker. Gives new meaning to the word "incompetence."