As Executive Director of the North Carolina Center of Voter Education (also known as "The Center" or "NCCVE") for seven years, Chris played a large role in advocating for and recommending substantial improvements to the state's election laws. Unlike some folks currently involved on those subjects, his efforts predate and were bolstered by the various scandals involving Meg Scott Phipps, Jim Black, Frank Ballance, and Thomas Wright.

Among the changes Chris advocated for were:

- the nationally-recognized and much-lauded public finance system option for judicial elections and several Council of State posts, experiments that have proven successful, by the way.

To accomplish these feats he was a daily fixture among the Honorables down on Jones Street and sometimes in other settings such as in the courts or speaking at rallies or in press conferences.

Every waking day Chris focused his energy and zeal toward educating voters and encouraging more citizens to be active and engaged in the political process, no matter their party preference.

Chris also focused on voter registration and establishing a partnership with UNC-TV public television so that candidate fora could be broadcast statewide and greater links to information for voters about issues and campaigns could be created.

After taking an almost three year sabbatical in law school, Chris witnessed yet another lawmaker and public official ousted by a serious pattern of major campaign finance violations. This time, though, it was his own State Representative in the North Carolina General Assembly and it was personal.

Chris decided to put theory into practice -- to walk the walk and not just talk the talk: He decided to throw his own hat into the ring for the seat.

After a deftly-organized and successful campaign effort among those persons authorized to select and recommend a replacement in the House seat, Governor Bev Perdue appointed Heagarty to the post last week.

Chris joins the legislature at an awkward time in some respects. It's between sessions, he has to file for election almost immediately, and he is in a swing district that could make the difference in whether the Democrats retain the majority in the House or not. And, on top of that, we're in the midst of the worst economy in 70 years.

But he also faces some high expectations: Chris, as the knight who fought many a battle royale on the outside for clean elections and public financing and good government, is now on the inside and is expected to continue his crusade.

I trust he will prevail, and am very proud of my friend who has chosen this new means of engaging civic participation.

After all, I've personally had the benefit of watching him in action before,
during and after my own years as State Representative. Chris is well-respected
by legislators and folks all across party lines, and is a trusted, hard-working, ready-to-serve advocate well-versed in constituent service and the bedrock
principles of the Democratic Party. In my opinion, he will be an immediately
effective legislator for District 41. 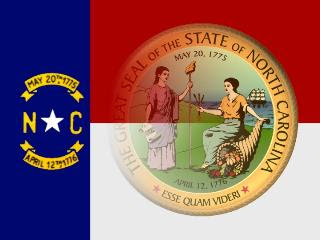 Glad to see you stirring the fires!