Already online tonight, linked here and below, is a Ned Barnett editorial based on a lengthy interview he and I had a few days ago. If the State of North Carolina had taken my recommendations from 2010-2013 then health insurance rates for many individuals and families would be lower now in 2015, 2016 and the foreseeable future than what we are experiencing now. The editorial should appear in the print Sunday version of the N&O tomorrow. I welcome your feedback.

Read about my formal announcement to seek a third term as NC Insurance Commissioner, as presented via my hometown newspaper HERE.

A few days ago I had the privilege of addressing Scotland County citizens in Laurinburg. Here's a link to the newspaper coverage of my visit.

Among my comments, there is this assertion:

In the coming months heading into 2016 we have an obligation - a civic duty - as North Carolina citizens to speak up, organize and rally voters to turn out on Election Day. Too much hangs in the balance for the State we love (and its future) for us to do otherwise.

It's been a long time since I've posted here but I thought folks would appreciate hearing some (good) news.

Here's a link to the press release and the full Order I issued on Thursday afternoon, plus additional information. This was the first hearing (i.e., trial) on the subject of homeowners insurance in North Carolina since 1992.

And, here is a link to the News & Observer article and a link to WRAL's coverage of the matter.

You are invited to read about Causey's various foibles, fables, and foul-ups at these links:

The above are the most recent items of note, and do not even get into his campaign finance scandal and ongoing investigation by the State Board of Elections where his reports have been found to be thousands of dollars off, and the federal tax liens and bankruptcy.

From a news release linked here:

It is an exciting time for North Carolina politics! As the 2012 campaign season heats up, Insurance Commissioner Wayne Goodwin is ramping up his efforts to reach out to voters, colleagues and supporters.

Goodwin has made transparent and open government a cornerstone of his efforts in the office of Insurance Commissioner. Creating a clear and open dialogue with citizens is equally important in his campaign.

“I love to talk to North Carolinians about the issues that are most important to them,” Goodwin said. "North Carolina is a big state, but social media can bring us together almost instantly."

I'm very pleased to report that my team and I announced yesterday that in 2011 we were able to recover $42 million for individuals, families and businesses of North Carolina! This is just part of the more than $1 BILLION my service as NC Insurance Commissioner has saved consumers since 2008. 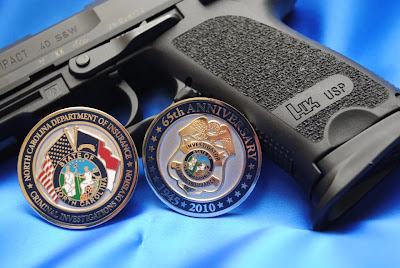 As a consequence, company also issues refunds and credits of $638,000 to overcharged policyholders. Total impact: $1.3 MILLION.

Insurance Commissioner Wayne Goodwin today announced a settlement with CIGNA Healthcare of North Carolina, Inc. over violations discovered during a routine market conduct examination. The settlement resulted in a fine of $600,000 on top of the refund of $638,000 to policyholders (individuals and businesses). As required by state law, the monetary penalty component collected will be distributed to the state public school system.