Tell me again how "fundraising is just fine"?

I emailed the Racist hit piece on Chris Heagarty to Rob Christensen on Friday Saturday night.

Called him this morning. He just got the email 10 minutes ago. So, three days before a midterm election, North Carolina's most prominent political reporter doesn't check his emails.

Here's what he had to say about it.

Barrage of those kind of ads and we cant cover them. Blah blah blah.

Not all one side blah blah."

Tom Murry v. Chris Heagarty, a race dominated by mailers and ads from Americans for Prosperity and other third party (i.e. Art Pope) groups attacking Chris Heagarty. Chris has defended himself well, but nobody should have to be subject to racism and cultural insensitivity.

The latest ad, sent by the NC GOP Executive Committee supports Murry by attacking Heagarty for raising taxes. Of course, he hasn't, but it;s not the lie from the GOP that matters here. We're used to that. No.

Heagarty's face is darkened and a sombrero is on his head, and he says "Mucho Taxo."

As you may know, I am supporting my friend and mentor Stan Hammer in his race for the Court of Appeals seat vacated by Judge Wynn when he was deservedly elevated to the Fourth Circuit Court of Appeals. Stan is eminently qualified by experience, ability, and temperament to be an outstanding Court of Appeals Judge.

Here are two ads his campaign has just released. Let me know what you think, and please remember to flip your ballot and vote for the judges. You get to choose your top three in this race - please don't hesitate to do so. There is no way your second and third choices can hurt your first. They only count if your first choice is not in the runoff.

I hope you will join me in supporting Stan Hammer. Click through to see the vids.

The first one is called "EXPERIENCE."

Hampton has asked me to link to his interview on 1360wchl of both Barbara Jackson and Bob Hunter, candidates for the open seat on the NC Supreme Court.

The interviews are informative and wideranging, and provide more indepth information than you are likely to get anywhere else on this important but little-noticed race.

Here is the link.

P.S. My two cents? Vote for Bob Hunter. Judge Jackson was a signatory of a number of opinions which had the effect of elevating form over substance, attempting to throw out appeals based on minor violations of the Appellate Rules. The Supreme Court ultimately reversed those decisions and asked the Court of Appeals to stop placing such issues over justice.

Bob has been a solid and serious judge and public servant his entire career. He deserves this promotion.

Congressman Bob Etheridge is the Congressman from the Second District of North Carolina. The Second District stretches from downtown Raleigh, through the suburbs of Southern Wake County, and into the surrounding suburbs and farmland of Johnston and counties south. It's a changing area, formerly rural, now rapidly urbanizing. It is the very definition of a swing district.

Now, thanks to the Tea Party, Congressman Etheridge is in a dogfight. And he's fighting a woman, Renee Ellmers, who has risen to Tea Party prominence on the back of a campaign against the Health Reform Plan, a campaign based on misinformation and gullible people who don't read for themselves.

But she just outed herself as a racist Islamophobe in her new campaign ad.

I promise you, you won't believe this one. Join me below the fold.

I hope there's an explanation. If not, Bob just went up to the top of the list of endangered Democrats, and he's running against a young Phyllis Schlafly. Wonderful. 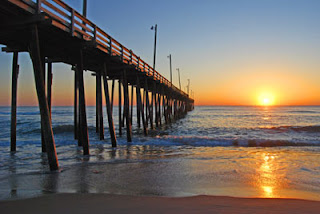 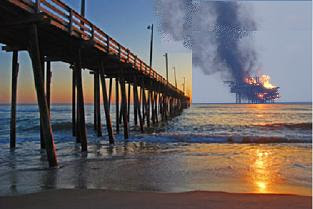 Hi. I've got a problem and I need your help. I am hosting a reception for Elaine Marshall this evening at 5:00 at Globe, a restaurant at 510 Glenwood in Raleigh. I sent out some invitations to this event, and about half came back with delivery errors. This, of course, is concerning, because I don't want to be standing in an empty room when the Secretary comes in.

If you'd like to make a contribution to Elaine's campaign but have been waiting for the right time, NOW IS THE TIME! Or if you would just like to hear her in order to make up your mind, NOW IS THE TIME!

Crossposted at The Daily Kos and The Stinging Nettle.

George Will, anti-class warrior he, rails against the ubiquity of denim. Good thing conservatives don't believe in the reality of economic class, huh? Well, except they do, so long as they are winning the war. And George Will, ensconced in his protected little enclave of Washington, D.C. and the media bubble, flies into a fit of the vapors at the thought of grown men wearing something other than his own tweedy and ridiculous suits and bowties.