(Via the Ex Files)

Meet the new boss—definitely not the same as the old boss.
• WaPo: Click ticking on the One Hundred Hours.
• TPM on the GOP's irony deafness.

Meanwhile, back at the ranch;
• What a feeling: Toyota coming to NC?
• Ag-Mart slips out of big fines
• Soft landing predicted for NC economy

Talk this morning about Toyota adding a new Southern plant to its North American factories, with a mention of a site in NC.
From the WSJ:

Toyota Motor Corp., coming off fresh market-share gains and a steep drop in sales by its Detroit competitors last month, is poised to turn up the heat further on the Big Three by naming a site in the Southern U.S. for its eighth North American assembly plant as early as this month, people familiar with the matter said.

Toyota has narrowed the site search for its eighth plant to three to five locations and could announce its choice as soon as this month, the people familiar with the matter said. Among the five locations are Chattanooga, Tenn., and Marion, Ark., they said. Others mentioned by people familiar with the matter included a location near Alamo, Tenn., and a site in North Carolina. 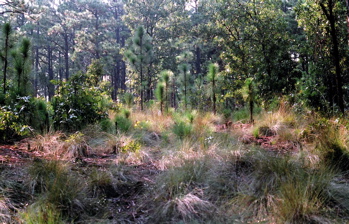 Reminders from Land for Tomorrow and NC Conservation Network that there are a series of hearings coming up on land and water conservation.

After the failure in the last session of what seemed like a well-supported effort to get a conservation bond before the voters, the GA set up a Land and Water Conservation Study Commission to look at the best approach and gather a little feedback. (Here's a link to the commission's last set of discussions.)

The study commission is holding a series of hearings starting Thursday in Asheville and moving across the state.

Please to see that as part of the spiffying up of the General Assembly's Web site, they've added a set of RSS feeds. There is no reason all state agencies can't follow suit and many plan to. It may not seem like a large leap, but in terms of expanding the civic space online it is.

Via the ex files:

Interesting look at the revenue implications—seriously fudged as they are—of the decline of the minibottle in South Carolina. The switch to free pour 1.5 ounce shots rather than the 1.7 ounce bottle may—may—be leading to a drop in revenue. It's also making bar owners happy and causing patrons to speculate about the strength of their drinks. Dude, if you can taste the difference between 1.5 ounces of Jack in your Jack and Coke and 1.7 ounces, then you are some pro barfly.
I once wrote an essay about the implications of the 10-ounce beer, which was test marketed in New Orleans when I was living there in the mid-80s. The can was slightly smaller—kinda like playing a 3/4 scale guitar. It really did feel unnatural when you went to pick it up. The main point of my irritation, though, was that the reduction in beer turned a six-pack into a five-pack, which I declared un-American. We won that battle, by golly.
(clears throat)

This year, let's end this war.