Admittedly, Person County is not an "A" list county in the world of statewide politics. Other counties have more votes, more money and are easier to get to. so it is understandable that we are not overrun with statewide candidates.

But this year we seem to be especially overlooked, ignored even. We have well over 12,000 democrats who vote rather well and are only 30 minutes north of Durham and the I-40 corridor so we are not that far out in the sticks. We have had multiple grassroots type democrats contact multiple statewide campaigns oer the last two months trying to get one to attend an event or two. With one exception, all have found other places to be, sometimes with good reason sometimes, .... well, not. We have had to beg for campaign materials, been brushed off, and given the run-around.

The one candidate who has, so far, attended an event was Richard Moore, and that was essentially for the relatively few "more established" democrats et al who can write checks. We have our "big" event coming up on April 22 and have only 3 statewide candidates who have expressed interest, and that includes the judicial candidates. Several campaigns have offered surrogates, which is fine, but they are only considered "possibles" at this point.

I have criss-crossed Person Co. putting up my county commissioner signs, and I could have very easily put up signs for another candidate or two. As county chair (until becoming a candidate) for most of the past five years, I have some experience in that area. I am also a teen democrat adviser; you'd think a campaign or two would have reached out based on that alone.

This will not change who I vote for or keep me from voting or any such nonsense as that, but there is a huge difference in simply having my vote and having my energetic and vocal support.

Yes I am whining; but the point I make is valid. Votes lost in May may well be lost in November, and all those dollars don't necessarily translate into votes.

If anyone cares to send me some cheese, I'll take some smoked gouda.

Thank you for reading.

Our GA, congressional and local candidates have been very responsive and engaged. I wonder how other "small" counties are doing attracting statewide candidates.
So is it just Person Co.? Do we need to change our undies or something? Or do our candidates need to read "Blue Highways" by William Least Heat Moon?

The best selection I could find on short notice.

I got some of this while I was out shopping too. Yummmmmm. My favorite. 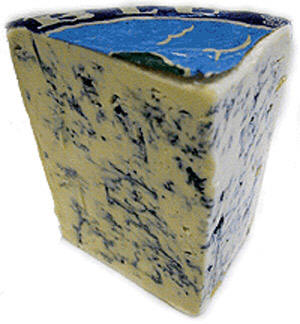 and thanks for point out who's engaging in Person County and who's not. It's gotta be frustrating.

I didn't think you were whining at all. It's frustrating when your county, district, city or state is ignore.

One of the axioms I am running my campaign by is that I really want to maximize my vote totals in the primary. I want voters to get in the habit of voting for me, and that starts next thursday. Generally speaking, votes in May = votes in November.

You know, the "corporate insider" label gets thrown around here a lot (kinda like "you've got cooties" did in 1st grade). Well to Person Co. dems, they are ALL corporate insiders. My apologies to any candidates who actually come to talk to us on April 22 (or any other time).

It's the fact that everybody's having their events at the same time, the last three weeks before the primary.

I would have loved to have gotten an invitation to Person earlier in the year, or even last fall.

I understand your real frustration, and I share it. I've made commitments to two other events that same day, and had to turn down (so far) two others that conflicted with those commitments.

It's gotten to the point that I can't remember where I'm supposed to be the next day without my calendar open in front of me.

Honest, PD, I love ya, and will promise now to visit after I'm nominated, and again after I'm elected.

In the meantime, we've got our big run of yard signs coming in next week. Would you like some for your polling places?

about being swamped during the home stretch. It's the earlier times when a little touch would have been nice.
We only have three voting stations for early voting, but will have 14 precincts in action May 6. I wouldn't mind helping put out signs especially since you asked. (Other canpaigns, see how easy that was?)
Send me a pm and we'll work a pick up/drop off plan.
Do you have any staffers up our way? Durham? Burlington?

And I'll remember that promise to visit. :)

I'm too brain-fatigued to figure out the pm function again right now--last time I tried I couldn't make it work--so here's my email: danbesse@danbesse.org. (I think the Western Hemisphere already has it anyway...)

I'll get my campaign manager to get in touch with you to arrange a drop-off.

And I really appreciate your help.

I look forward to being in Person County on April 22, and hope that more candidates make the trip. One of the most disheartening parts of statewide campaigning is the realization that you can’t make it everywhere. When you are a candidate seeking office, you owe it to the people to travel and share your vision with them. This is especially true if you are a Democrat. It is a challenge, but we do our best. My son makes the joke that the candidates need to ride together to save money and energy. Yesterday for example, our campaign participated in events from Newton to Wilmington. One of the strengths of our campaign is not only the amount of events we have attended over the last two years, but the amount of people we have met. I contribute this to why we won the 10th District Straw Poll. Rest assured I feel there is still a place for retail politics in NC. Also, let me say that my hat goes off to Dan and his campaign because they have been right there with us.

Again I look forward to being in Person County, and as many places as I can be between now and May 6.

commish in Person County. But I only have 400 sq. miles to cover, it's running me ragged, and I am not even close to getting as much done as I would like.

Thanks for responding. I too am looking forward to the 22nd. See you then.

... will also be there on April 22nd! I agree with both your sentiments and those of my fellow statewide candidates: That it's a BIG state, and that here in the home stretch it is very hard to be everywhere when multiple events are occurring in disparate parts of NC on the same day.

That being said, just so you'll know that the Wayne Goodwin for Insurance Commissioner campaign has not ignored Person County, one of my major campaign "keys" lives in Roxboro and is covering matters for me in your county and in a couple of neighboring counties. You'll be hearing more from him - and/or see evidence of his work - in the coming weeks ... (and for the rest of the year, good Lord willing and subject to NC voters on May 6th!)