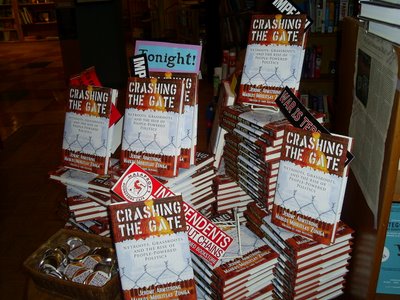 Hola Blogophiles, I've been away from the 'sphere this weekend, instead meeting up with Progressive leaders first at the Crashing the Gate book signing then at the Democracy for America Grassroots Training. You can read my coverage of Markos Moulitsas (DailyKos) and Jerome Armstrong (MyDD) at BlogAsheville.

The DFA Training was a nuts-and-bolts, number-crunching training, teaching party activists how to best utilize their limited resources. The presenters were excellent, and each training session was concise and information packed. Plenty of local Ashevillains attended, but activists and candidates from Alabama, Tennessee, South Carolina, Virginia, and Georgia were also there. Panel discussions Asheville Progressive leaders like Brownie Newman, Robin Cape, and Bryan Freeborn dovetailed nicely into the various training sessions, and the weekend-long training ended with a large panel discussion. Jerry Meek, Chair of the NC Democratic Party, Mark Hufford, Democratic Pary Political Director for the western districts, Patsy Keever, former County Commissioner and candidate for Congress in 2004, Isaac (forgotlastname), leader of African-American caucus for the Buncombe County Democratic Party, and (forgotwholename), precinct organizer for Watauga County engaged the crowd in a lively debate about "How to turn Red states Blue". Here are a couple pictures from the weekend: 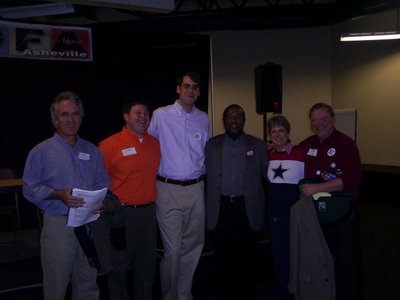 The panelists listed above. 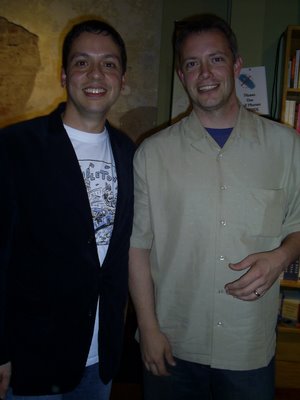 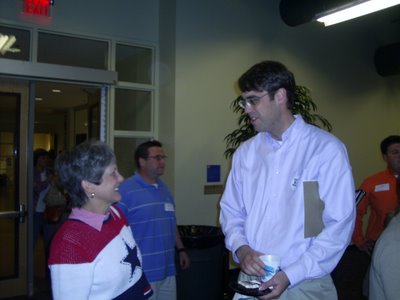 Thanks to all the great people who presented and who took their entire weekend in an effort to reclaim their democracy. It was inspirational and energizing.

Brainshrub has a much wittier, much more comprehensive post on the DFA training. Go read it.

report! Thanks for being out there in the world and come back to keep recluses like me informed and up to speed on all the good happenings!

Thanks for the post!! I get to pick up Marcos & Jerome this Friday at the airport and drive them around til Sat morning. Should be a lot of fun.