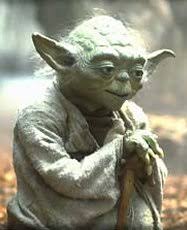 If John Hood is the Darth Vader of North Carolina, then Chris Fitzsimon of NC Policy Watch is Luke Skywalker - a good guy all around, smart, progressive, and in the know. If you're not reading his stuff regularly, you should be. His commentary on the three-ring ethics circus in the NC legislature is not to be missed.

If you are keeping score, that’s backward progress on the three essential parts of meaningful reform; banning gifts from lobbyists, forbidding lobbyists from raising money and limiting how much they can contribute, and establishing an independent ethics commission.

It seems like every time a new version of the bill emerges, it is weaker than the version before. Senator Dan Clodfelter, the Chairman of the Senate Judiciary Committee, told spectators that it was all part of the legislative process.

Then he told reformers not to be worried, referring to them as “you Chicken Littles out there.” The sky may not be falling, but unless things change soon, it’s hard not to think that hopes for meaningful reform are.

Don't miss Chris on NC Spin either where you can find him crossing light sabers with with John Hood and others. Usually airs Sunday but times vary statewide.

Chris seems like a decent and smart guy, but I sure wish that he would be more aggressive. Hood grabs the stage on NC Spin even though Chris has a much more supportable position. He seems to be too much of a gentleman to want to call out Hood or the other random far right person they find for the committee. I am not advocating a shouting match such as crossfire, but a little more presence would be nice.

Hood has never met a vacuum he didn't try to fill, even when he has nothing to say. Sort of like David Brooks, though it's hard to tell which of them is more full of crap.