The folks running the show in Raleigh may very well be good people, but the effect of their policies is destructive in more ways than we can count. They want to pass laws making it harder for families to get ahead, while cutting taxes on millionaires and billionaires. They look down from their high horses, saying they know what’s best for North Carolina cities and towns. They’ve taken a chain saw to our education system, cutting millions from public schools and giving that money to private businesses with no record of accountability or success. The list goes on and on.

Meanwhile Mr. McCrory continues to talk about his fancy E’s: efficiency, economy, and education. It’s too bad he couldn’t count higher than three. It’s too bad he doesn’t understand the importance of excellence, environment, and ethics.

What good is efficiency without excellence? If you’re doing the wrong things, it doesn’t matter how efficiently you do them, they’re still bad ideas. What good are economic gains if you’re destroying our priceless environment along the way? How can you talk about integrity to young students when your administration is mired in one ethical quagmire after another?

Pat McCrory was paid to run for governor for more than a decade, first by Duke Energy and then by a well-connected law firm. Now that he’s in office, he’s doing just what those special interests wanted all along. Rubber stamping the actions of a legislature controlled by Republican extremists. Interfering in personal choices where government has no legitimate business. Telling cities what they can and can’t do. Making it harder to vote in fair elections.

Many of these destructive policies are rooted in deep disdain for government and driven by free market fantasy.

As an entrepreneur for more than 30 years, I understand the tremendous value that businesses can create. But I also understand their limitations. That’s why I place so much importance on excellence in government, protecting the environment, and ethics and integrity. If we do those things right, we’ll meet our other goals effectively. We’ll recruit the kinds of businesses needed to grow our economy. We’ll attract the best people into public service and operate more efficiently. And we’ll deliver on our sacred promise of public education for generations to come.

It doesn’t take a genius to see that Pat McCrory and his gang are out of control – and someone has to stop them. I wish that someone didn't have to be me, but until another voice for sanity emerges, I'll gladly step up. I want to be Director of Parks and Recreation. And, I would probably need one of those GPS chips like the little doggies have, as I am somewhat prone to getting lost.

I like the way this administration is shaping up!

I'll hold DENR open in case you change your mind.

I was going to say something about not being qualified, but then I remembered the current DENR guy thinks fossil fuels may be renewable. My only caveat is: it's going to cost a bundle to get DENR staffed and equipped to just the bare minimum of functional integrity, and a lot more to get them where they should be.

And until we reach that goal, you can pay me half of what Skvarla's getting.

...a General before we can elect another Governor.

I can do that too. Three years with airborne Marines. Lots of experience with knives and guns and behind enemy lines intelligence. If it's war that's needed . . . I'm in.

But the big question is ... are you short hair or long hair? 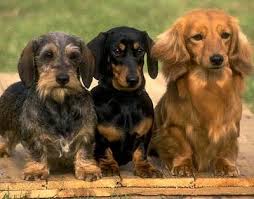 Exactly what our insurgent campaign needs!

Lately I find myself in the wilderness politically. Not on what I believe in, but how to address the madness. I haven't worked on a campaign in years. The Overton Window has shifted so far to the right, and with it the political climate in North Carolina, I'm not sure of my place in the fight.It's like there was one world 2008-2010, and now I am living on Mars.

That said, I am ready to step up with you James. I have reams and reams of voter data for the 5th District gathering dust in my closet. Precinct-by-precinct breakdowns. It could use some updating, but I'm game. I've got some big ideas for a statewide campaign, which covers every county and activates every precinct.

This is a Democratic state in a Democratic country. If you run, I will spend every waking hour helping you get elected.

Thank you for the words of support. You are not alone. People all over the state are waking up to the morning-after train wreck in shock. That said, that Overton Window has moved so far to the right that it has all but closed. It's going to take a crowbar to pry it open.

I'm planning a deeply insurgent grass roots campaign, and your ideas about operating at the county and precinct levels could be the backbone of that insurgency.

North Carolina IS a Democratic state in a Democratic country. Were it not for the toxic influence of partisan redistricting and special interest money, our government would reflect that truth right now.

As well as any support I can lend, not that you'd necessarily want my variety of bat guano loco in any serious political campaign.

I would damned near empty my meager bank account for the cause should you take a serious stab at this.

I'd also recommend my baby brother, and actual scientist working for an NC county health department, to head DENR.

I've wanted to run for a NCGA seat for several years, but since with the pay so law for that job, and not being independently wealthy, my business couldn't survive if I managed to win. I've concluded that the reason our state legislators are paid so little has nothing to do with it being a "part-time" job, and everything to do with keeping us proles permanently out of the running.

and sell all the senior positions in government to big contributors!

Seriously, thanks for the kind words of support. I'll need your smarts, energy and passion.

For example, industrial hemp is going to be one of the key planks of my platform ... and a huge part of North Carolina's economic future. This is inevitable, simply a matter of time. We need leaders who can see that and act now to position North Carolina to win.

Hemp is an exceptional example of win-win-win, with benefits to the environment and the economy alike.

Just to share this link of a Documentary in progress here in NC.

Good on ya for understanding how this is an important issue.

Looking forward to seeing the finished work and helping to publicize it!

This state needs legalized cannabis - for every purpose - in the worst sort of way.

We could be the Amsterdam of the south, the leading edge of medical research, and the industrial/agricultural leaders of the region for years to come... if only GOP leaders had a brain.

As it stands, I don't think there is a functioning cerebellum among all the Republicans in Raleigh combined.

Jim, its a terrible undertaking. I'm both in awe and worried about your own welfare. I have been so discouraged about the systematic disassembly of everything that has kept me in NC for the last 40 years that I am thinking seriously about moving on. Trouble is the troglodytes are ascendant everywhere, and "liberal" or even "moderate" are now pejorative terms, I'm way left of that.

I know you have to be a bit nuts to willingly paint a bullseye on yourself. I've known you long enough not to worry about that.

Industrial hemp is going to be a hard sell, but it has a really good precedent from another era in antother "tobacco state". Packaged right, it will also appeal to the old-time NASCAR & moonshine set.

My son Anthony turns 30 this year. He has a UNC degree in Political Science and is working for a local law firm that is falling apart because the principal attorney recently died unexpectedly. He's good at marketing and could sell shoes to snakes. He worked for the Carolina Fund and was the top producer the year after he graduated. His personal politics are more moderate than ours, based on reason, not dogma. He could manage your campaign, he's in no danger of seeking or expecting stability. I see him almost daily, he's planting vegetables in my back yard.

I'm a friend of a friend who lives in VA. I would definitely vote for you, hope you really do run. I don't have much, but would like to contribute to your campaign. My friend will let me know how, I guess.

Do it. If nothing else, think of the ooportunities to disassemble these peoples lies in public.

I am with you James. Anything your campaign needs, I am ready to help. In fact, I might make a run for some office within the next few years myself.

At this point, I'm thinking "insurgent" campaign, with a goal of building truly grass-roots interest and awareness. Not looking for people to write checks, but rather to write posts/letters to friends and editors.

I'll also be soliciting reactions to my personal platform. I plan to publish a first draft for feedback next week.

I really appreciate the kind words of encouragement. Thank you.

I really love the Agricultural Hemp angle too. I've always said if the people are shown something/someone really progressive, they'd vote for it.

Or will you run as an independent? Either way it's good you are starting early.
BTW, I really like your signs!!

I've been in and out of the party over the years, as you know, generally in protest against the insider machine. For better or worse, a lot of that machine was swept away in the past two cycles ... and there seems to be a hunger for independent-minded Democrats all across the state.

The latest version of my sign (top right of this page) clearly says "A Democrat for North Carolina."

Starting early is critical. McCrony ran for governor for ten years, and still came in second to Art Pope!