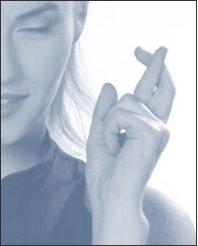 Today's News-Observer ran an article about the verdict against former White House aide, David Safavian. In the sidebar to the story was this interesting snippet:

"NORTH CAROLINA TIES: A House ethics investigation has been called for as a result of Rep. Charles Taylor, R-N.C., and his banking activities and links."

This may just be a reiteration of the years-long calls for Congress to take Taylor's ethical problems seriously, or it may be a sign of new momentum for the pro-ethics members. A Congressional investigation is the only way Charles Taylor will ever clear his name. Regardless, it's good to know that every time an Abramoff case comes up in the press, Taylor's name will be attached to it. Let's hope the corporate media finds it helpful to retell the tale of Charles Taylor and Jack Abramoff.

The Truth About Charles Taylor

It's bound to take. People are listening. I can't wait for the next polls in this race.

that an investigation my happen. The timing would be PERFECT.

In fact, I'm betting that little gastrointestinal problem he has (full of sh*t) will soon flare up so bad that he'll call a press conference to announce he won't even run for re-election. Health problems.

Charles Taylor is nothing but a worn-out second-rate crook who's tired of all the dogs snapping at his heels. It's a good time to move on, Chuck. Quit while you're ahead.

Why do you want him to go to prison for life? What did he do to you? Shame on you!!!! SHAME!!!!!! Have you already forgotten about the pentagon and what bin laden did?

I want him to go to hell.

He failed and he lied. That's what.

He's failed to use his appropriations power to bring NC-11 tax dollars back home.

He's failed to keep the federal budget under control.

He's failed to provide adequate health care for his constituents.

He's failed to protect our environment.

He lied about his ties with Jack Abramoff.

He lied about his role in the Blue Ridge Savings scandals.

He lied about Patsy Keever's character.

He's a failure and a liar.

He is a man of condiction and molarity.

This is very funny, Ogglesbert! You have truly outbone your shelf.

Someone call Taylor's office and ask him if he agrees.

"Is the Congressman a man of condiction and molarity?"

You people are godless. You have no molars and you need to do yourself a favor, read the bible and get some.

I had my molars pulled years ago. I kept them in a plastic bottle; do you want to see?

what the heck he meant by molarity. It wasn't until he told us to read the bible I knew he meant morality....oh well. That was funny. Laughed 'till I cried.