Today I am launching a new webpage called Building a New North Carolina. I wanted y’all to be the first to hear about it. The page is going to be dedicated to highlighting new initiatives that I will pursue as Governor as well as some I have already been working on as Lt. Governor.

Check it often because I will continue to release installments throughout the campaign. You should also visit my new Flickr and YouTube pages.

First up is Rural HOPE. It’s an initiative I helped create as Chair of the Health and Wellness Trust Fund. It will help our state’s 56 rural hospitals be better equipped to provide quality health care to patients without forcing them to travel hundreds of miles.

I look forward to your thoughts and questions.

What a happy surprise.

This may very well be the first time I've read "ya'll" on a front-page post - and I couldn't be happier to see it. Thank you for posting here. Very great.

I also want to thank you for moving the discussion to real and substantive issues. Many of our readers are in outlying counties and know first hand the challenges of rural health care - so I'm sure there will be strong interest in the topic of Rural Hope.

doubting that this is really the real Beverly Perdue. A healthy skepticism, I suppose.

Anyway, I hope it's really you - because over the next couple of hours roughly 5000 people will see your post - and maybe even click through to the website.

My mother, a bleeding heart liberal as there ever was one (apple didn't fall far from the tree) put a Bev Perdue bumper sticker on her car. Ya'll may not realize how momentous this is. For all her causes and candidates she has supported in the past, this is the first time she has EVER put a bumper sticker on and usally us bleeding hearts have our cars covered in stickers.

Mom is on the Nurses for Perdue committee and is really getting geared up for the next year.

Our ages are probably a little far apart, and my mom is no bleeding heart, but she did something very similar this year, actually volunteering for Pat Smathers.

It means a lot to me to know that your mom is so excited by Bev's campaign. New activism is a force that cant be matched.

but I can be nice on this Bev Perdue thread. Now when Anglico goes and gets all pissy about the Moore campaign again I won't be so nice. I mean, I won't be nice to him....I might still be nice to Bev, though. :)

But you've probably already noticed! When was the last time I said something bad about Mr. Moore (on the site, anyway). I'm going down the high road. Unless you're a Republican of course, in which case all bets are off.

Hmmmm......Republicans...I'll see if I can't round something up for ya.

Now I know who isn't reading my posts. :) I say y'all all the durned time.

I agree, though, that it's nice in this post. I also like the picture. It's more current and more....gubernatorial...???? That doesn't sound right, but hopefully you know what I mean. I wish the N&O would use an updated picture.

Any thoughts? Or is it just me?

Her picture above is far more powerful...and I don't really mean powerful. I've been looking for the right word since I saw the pic. I do like it though.

Those drawings are just creepy. The new photo captures Bev's hopeful intensity. When you talk with her, there is no doubt she cares deeply about North Carolina.

A little more charitable but still not right. There's something about these cartoons. Seems to be that you either get a big toothy smile or none at all.

in the cartoon, I mean.

Her smile before seemed a little ... pushed. Not forced. Pushed. Too open/nice. This one is more like a smile of confidence that is worn very comfortably. I actually like it much better. She looks much more CEO-esque and much less ... what's the word ... meh ... sweet? innocent? questioning? unsure? accommodating? whatever ... that new one is better.

I'm still solidly on the fence with the Gov. race. In fact, I've made myself a comfy little sitting place on this fence. I get the feeling I'll be here for a few months yet.

The Health and Wellness Trust Fund and the Golden Leaf Foundation both contributed $1 million to create the reserve fund that the Hospital Association will manage.

I'm guessing most people have no idea this was the initial funding mechanism.

I think Rural HOPE is the type of public-private partnership that can make a real difference in many North Carolina communities. Rural hospitals not only provide critical acute health care services for people - like in saving lives - but they also are tremendous economic drivers for the local communities.

It's really me. My staff says I've been a "lurker" on BlueNC for too long. I guess now I've graduated to blogger!

I'll be here for a little bit longer, but I've asked David Kochman from my campaign to hang around and answer any questions you might have.

Welcome again. This is very cool, and I look forward to seeing what else rolls out as part of "Building a New North Carolina."

I imagine the words are all hers.

this is very good information and I would like to personally thank you for becoming a blogger here at BlueNC first.

When will we be able to have a live blog session with you?

Soooo glad you have joined the community.

Thanks for the message, this is David Kochman from Bev's campaign. She had to leave for her next appointment but would love to take part in a live session several times during the course of the campaign. We'll try to get the first one scheduled quickly.

I grew up in a town of 500 out in the boonies and every time I go back to visit I just hope no one gets sick or hurt! The nearest hospital is 30 miles away, and even then the quality of care you get, well it isn't that great. Recently, my mom was down visiting us and had to be seen by the Duke Cardiology clinic. They were stunned at the basic information she was lacking and the regimen that her doctors had her on at home. Within a short time she has worked with them long-distance and they with her doctors to put her on a much better regime, with very positive results.

We need great doctors, everywhere, and we need more access to all levels of health care providers. Keeping the hospitals we have open, and allowing them to get BETTER, is a great goal.

Right now, but the numbers for doctors per capita is atrocious in rural areas. Add on the fact that many of our rural counties here in NC have 25-35% poverty rates and we have a recipe for a disaster.

I also think HOPE is a great project, and I think we would all agree that its a good start. But there is a long road ahead of us.

These are the kind of programs that fulfill the promise of North Carolina. I will be paying close attention the your Building a New North Carolina page! Thanks!

Should she be blogging during her regular business hours? I mean, come on, isn't she using state computers to campaign? :)

From what I can tell, all the Big Cheeses basically work 24/7, so the "business hours" question probably doesn't hold much water.

And given the dust-up earlier this year between the Treasurer and the LG on who's using which computers for what, I'd be shocked if anything like this happened using state property.

That said, the whole business of who's on first is an interesting question, both practically and academically. I think I would find it nearly impossible to draw lines around campaigning versus serving for any senior elected official. For example, the Governor seems to be shifting into full campaign mode on behalf of Hagan. Is that allowed?

I'm not saying the laws are a bad idea . . . I'm just saying there's probably no way anyone in office could literally comply with them 100% of the time. Which means maybe they're not all that helpful?

She is an exempt employee of the state - meaning that she is exempt from overtime laws. Go with me for a minute.

She's salaried, and not punching a time clock. I doubt that Lt. Gov. is a 9-5 job. Never has been, never will be. So as long as it's not state equipment that's being used (I think there's a law against that, yes?) it's cool.

This is not personal or solely campaign work. I believe this has to do with something she's working on as Lt. Gov. She's promoting it during business hours which is entirely appropriate. This is a more personal approach.

Even if it happened to be campaign related, every elected official has to take lunch and dinner breaks and I'm sure Bev has a personal or campaign computer/laptop she can use for this type of fun and games.

Yeah, it's good to question, but it's also good to look for a reasonable answer.

Yeah. I hear 'em too. In Czechoslovakian. 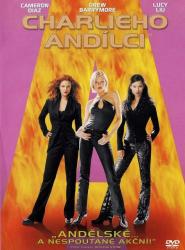