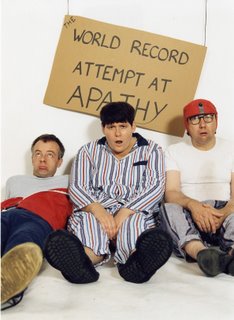 What if you threw a party, and only 16% of the invited guests showed up? That's what happened Tuesday, as District 11 voters stayed home in droves, foreiting their opportunity to mark a paper ballot in Buncombe or puzzle out the electronic machines in McDowell. Have the voters been disenfranchised, or did they stay home to make a statement? Drinking Liberally, that weekly gathering of left-leaning voters, activists, conversationalists, and alcohol afficianados, will meet at Jack of the Wood in downtown Asheville to sift through the primary results like tea leaves, trying to divine meaning from the meager numbers who actually showed.

Challengers to Charles Taylor and to Heath Shuler did as well as any other challengers have done, taking the standard protest vote percentage of around 25%. But, in an analysis at BlueNC, Todd explained that, "They were not head-to-head, but Heath Shuler beat Charles Taylor by 2,513 votes in Tuesday's primary. Shuler won 5 of 15 counties: Buncombe, Haywood, Jackson, Madison, and Swain. Even Shuler's opponent - Morgan - beat Taylor in Haywood, Jackson, and Swain. Taylor is REALLY unpopular in parts of the district. Only Henderson County, with a huge 8,000 vote margin for Taylor, kept him close to Shuler."

Ashvegas ran down the Buncombe County races, and gave himself an A- for his preternatural election prognostications. There's going to be a runoff between Walt Robertson and Van Duncan for Democratic candidate for Sheriff (and you thought this election had low turnout, just wait for the June special runoff!). 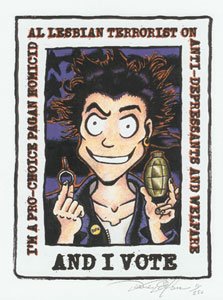 Democrat Doug Jones and Republican Charles Thomas walked away with easy victories in the State House 116 primary. There were some other Republican primaries as well, but we needn't concern ourselves with them for now.

Instead, we'll concern ourselves with looking at voter apathy, election results, and Drinking Liberally. Everyone's welcome, so come out to Jack of the Wood, every Thursday night (except on Thirsty Thursday nights when we'll be out at McCormick Field....watch this space for more info), 7-10pm. It's a casual, friendly, talkative atmosphere for liberals, greens, democrats, and progressives to openly talk red meat politics. See you there. Unless you're just too damned apathetic to show up.

Can you tell me how to format, so my text will wrap around my pictures? I saw you figured it out, and I need the help.

And, of course, use