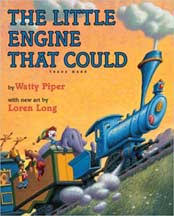 Either the N&O has a new editorial writer, or current staff members have awakened from a five year nap. In either case, it's good to see the paper trying to find its voice about the lunacy of the Bush administration. Today's lead editorial takes BushCo to task for trying to fight the war in Iraq on the cheap.

War is terribly wasteful and frightfully expensive. A million-dollar piece of equipment can be turned into scrap metal with a $10 homemade bomb. Yet the Bush administration appears determined to mask the true cost of the war in Iraq by not asking Congress for enough money to get the job done.

The writers are still under the illusion that there's enough money in the universe to get this particular job "done" - whatever the hell that means - but at least they're looking at the hard questions for a change.

Another nod in the right direction came this weekend with this editorial on the Great Torture Compromise. Again, the N&O almost get it together with the subhead to the piece:

That's one way to put it, though it wouldn't hurt if the writers beefed up their prose a little. The reported "compromise" they're complaining about would be nothing less than another nail in the coffin of America's integrity and honor.

So all in all, I give the N&O a B- for trying. Keep going, guys. And remember, it's okay to be clear and strong.

Once again, this just shows how ingrained the republican framing is to Americans. Even little things like "get the job done" are references to the fact that

this is just a hard job, you know you blue collar folks what that is like, and it ain't easy. But, us working folk can get it done, it's those sissy liberals that want to quit and go sip a mimosa.

this newspaper STILL has not published an apology
to its readers for its support of the illegal invasion of Iraq in 2003. Shame on McClatchy!!

A big "WE WERE WRONG" editorial would seem completely in order. They sure can't call on anyone else to admit mistakes and apologize if they can't do it themselves.

Interesting article on the state of media ownership in the USA can be viewed at:

Just signed up as an individual. Wish I had an "organization" to throw in as well! Maybe BlueNC will eventually become an organization we can engage for such purposes ...